What is Aperture in Photography?

While many people may claim that photography is an art, there’s actually a huge amount of science that goes into making it possible. While the formats have changed, the three common factors in photography are the aperture, shutter speed, and ISO.

The aperture is the eye of the camera and lets the photographer control the amount of light entering the film or sensor, which then forms the image.

Aperture – the Eye of the Camera – the Simple Explanation

Have you wondered how your eyes squint as soon as you enter sunlight? Or when someone shoots flash on your face? While on a dim night, you have them wide open? 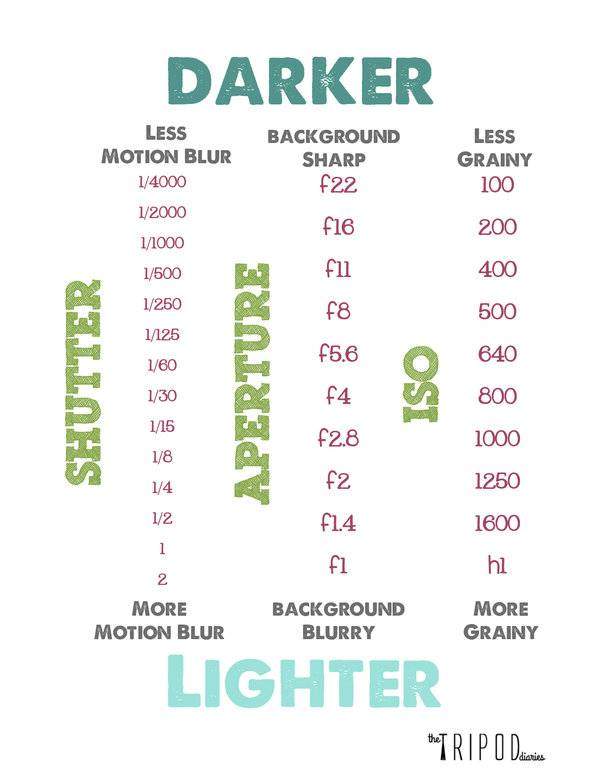 Aperture is defined as:

“Space through which light passes in an optical or photographic instrument, especially the variable opening by which light enters a camera.”

It is derived from Latin word aperire (to open) -> apert (opened) -> aperture {all Latin} -> aperture (late Middle English). Aperture means an opening, which is also what the aperture in technical terms stands for, an opening through which light enters the sensor or film.

Aperture has always been a part of the lens. In the most common construction, there are lens blades that open to varying degrees to let the passage of light through.

Now, there are electronic contacts that let you control the aperture directly through the camera controls. This also allows for more auto-features wherein aperture is automatically set based on other settings.

A wider open aperture lets in uncollimated rays. This results in a sharp focus only for rays coming from a certain distance to the camera lens. The more closed the aperture, the sharper the image plan appears. Collimation of light rays is those which stay parallel to each other.

Aperture and Depth of Field

We talked about sharpness above; wherein the wider open the aperture, the lesser the sharpness of a plane except for a particular set of rays incident from a particular distance. This is what allows for truly cinematic pictures with shallow depth of field and focus only on a particular part.

This is why lenses with f1.2, f1.4, and f1.8 are in demand because they allow for shallow depth of field that is pleasing to the eyes.

For example, landscapes are shot using closed apertures because we want the viewers to identify with the various elements used in the image, as also the detailing of the subjects.

The Four Camera Modes and How Aperture is selected

The four major camera modes used by professional photographers are Program (Auto), Shutter Priority Mode, Aperture Priority Mode, and Manual Mode. For the scope of this discussion, we won’t be discussing ISO in various settings.

The camera selects the aperture itself while the shutter speed is fixed. It is useful in action photography where you require fast shooting and so faster shutter speeds. Aperture is selected based on shutter speed and ISO (which may either be auto or manual).

You have to select the aperture while the camera selects the shutter speed to get the correct exposure. It is one of the two modes which professionals use where the aperture is directly in control of the photographer.

All the settings are manually entered while the camera meter just helps in determining if the exposure is correct or not. 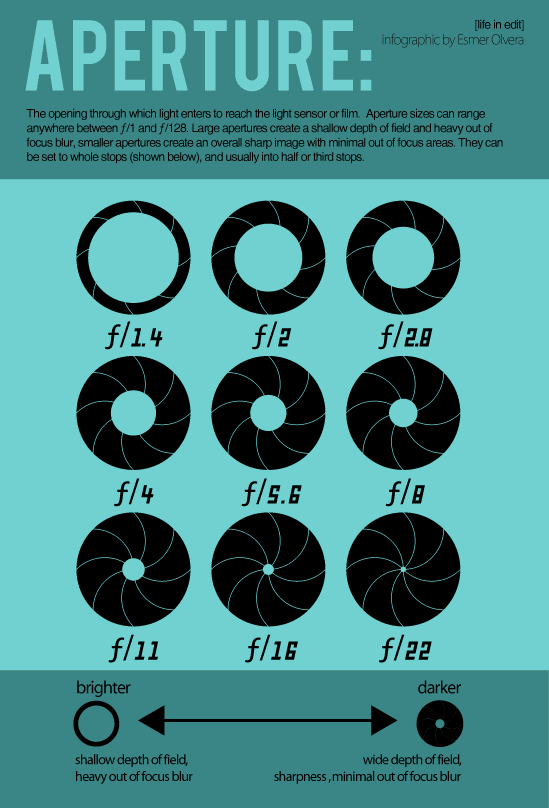 F-stops are pretty confusing for anyone involved in photography. For example, each of the f-stops in the below sequence divides the light by exactly half moving from left to right:

While the numbers are not getting properly doubled, the amount of light is getting halved. This seems contrary to the f-stop learning we have had. The relation, however, will seem well defined once we understand it in detail.

Background blur is achieved by three different ways majorly. Two of the ways are related to distance and focal length, and the third one and most common is by using a wide-open aperture.

A really fast lens can provide excellent background blur because the depth of field is shallow, and we can focus only on the subject of interest while blurring out the background.

Bokeh is the background (or foreground) blur involving lights. When blurred, lights form circles. This is used as a creative medium because apart from separating the subject from the background, they also add contrast and style to images. It is one of the most creatively used concepts in photography.

Aperture for Greater Depth of Field

The great landscapes, sceneries, etc, all usually have a larger f-stop number, which means a closed aperture. The image plane appears sharper and sharper as we close the aperture, this results in greater depth of field with most of the elements of acceptable sharpness.

This is used in landscapes, nightscapes, etc. Also, a closed aperture helps in creating stars from lights, instead of circles (as in open aperture).

However, there’s a downside to the closing aperture. When the aperture is closed too much, there is diffraction which introduces softness to the image. Therefore, for a full-frame camera, an aperture up to f11 or f14 is the ideal maximum to use.

After that, the softness introduced will be much worse than the sharpness. Also, optimum sharpness can be achieved through the aperture at these settings too.

*Image By Boost Your Photography

Aperture as a Creative Medium

Creatively thinking, aperture controls the amount of light entering the sensor or the film. If we reduce the light entering to half of the lens from outside, we can have variable exposure.

This concept is used in graduated ND filters and Cokin Filters, which helps us achieve correct exposures in landscapes where we can underexpose the sky to get richer hues and deeper skies.

Aperture is creatively used in storytelling where we focus on one part of the image while having the others blurred, but forming a pattern.

It is also used in cinematography, in conversations, where we blur out one person and focus on the other. In effect, we can put one person in charge of the story by using aperture effectively.

The photographers often talk about the sweet spot of a lens. It is lens-specific, and it talks about the best aperture value which gives the best possible images.

It is a number that is supposed to vary from lens to lens. As a general fact, the f-number is best at one or two stops closed than the widest open.

Aperture not only controls the amount of light entering the sensor or film, but also in creatively using backgrounds, environments, and framing subjects. Effectively used aperture can help control the story in pictures or videos by putting the focus where it needs to be.

What is Aperture? Tips for Beginners

The aperture is the hole inside the lens that opens and closes to control the amount of light entering the camera, and it is represented by f values (like f/2.8 or f/5.6).
Lenses are described by their maximum aperture, which is the most open the aperture can go.

So a lens might be a 50mm f/1.4, which means the focal length is 50mm, and the maximum aperture is f/1.4.
The larger (more open) the maximum aperture, the smaller the f value, and the more expensive the lens will be.
This is because it has the ability to collect more light and give you more background blur, which is awesome!

The aperture control allows you to change the size of the aperture where the light enters into the sensor. It is represented by the symbol Av and it is measured in F-numbers.

On the other hand, every step decreased in the F-number doubles the exposure. For example, if the current F-number is F2.8 and the photographer changes the aperture to F2, the amount of light received by the sensor will be double of what it was before because the aperture would be larger.

You can combine your changes in aperture with exposure time so that the exposure remains the same. This means, for example, that F2.8 at 1/30” will gather the same amount of light that F2 at 1/60” would.

This way, you can control the effect you want in the photograph without over or underexposed it. First, get the correct exposure for your photograph and then you can increase or decrease a control, compensating with another one.

Changing the aperture allows the photographer to select how much of the image is in focus, which is called the depth of field. For example, in a portrait, it is generally required that only the face of the person is in focus, while all the background is blurred.

This website uses cookies to improve your experience while you navigate through the website. Out of these, the cookies that are categorized as necessary are stored on your browser as they are essential for the working of basic functionalities of the website. We also use third-party cookies that help us analyze and understand how you use this website. These cookies will be stored in your browser only with your consent. You also have the option to opt-out of these cookies. But opting out of some of these cookies may affect your browsing experience.
Necessary Always Enabled

Any cookies that may not be particularly necessary for the website to function and is used specifically to collect user personal data via analytics, ads, other embedded contents are termed as non-necessary cookies. It is mandatory to procure user consent prior to running these cookies on your website.