Samsung, this March, has revealed its latest smartphone, the Samsung Galaxy S9.

Both look quite similar to the S8 but varies on the screen dimensions and slightly thinner sides. The major difference between the two models is the camera lenses; the S9 has a single-lens camera and the S9+ features a dual-lens camera.

Before even announcing its latest smartphone models, the Galaxy S9 and S9+, Samsung had already made a big deal about their camera system.

A broad tagline was often synonymous with Samsung’s latest creation, “The Camera, Reimagined”. The camera feature is the latest pedestal upon which Samsung has set for its new smartphones models.

With camera features like dual aperture and pixel, optical image stabilization and super slow-motion all playing a dominant part in smartphone technology, what do they mean?

How do they intricately work hand in hand to give you a mobile camera experience like no other? 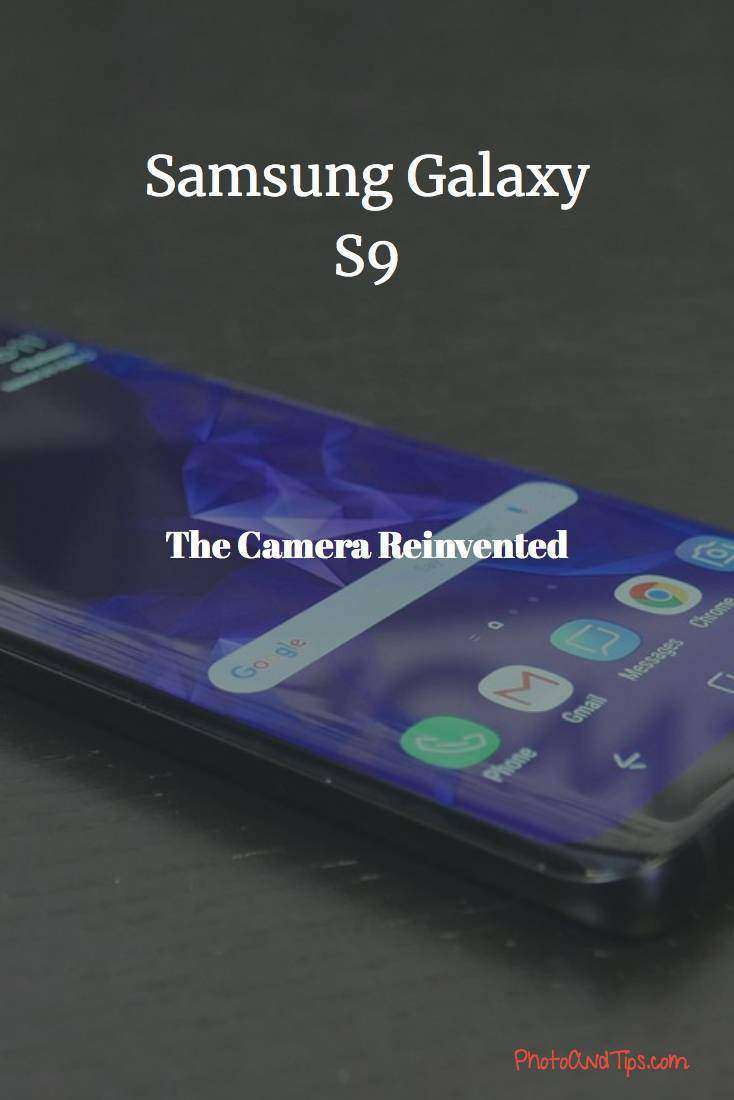 The new Galaxy S9 features a Dual Pixel sensor, working crudely similar to the human eyes it locks on objects by using two an,gles making it easier to focus and maintain focus while taking pictures.

Optical image stabilization as it sounds stabilizes images taken. The built-in mechanisms serve to counteract any unnecessary movement or hands shaking while attempting to take a photo.

The results are pretty clear, no more blurry images, more so when lighting isn’t optimal. In low-light settings, the camera holds the shutter open a little more to maximize light absorption.

The main new additions to the Galaxy S9 camera are:

The major difference in the S9 camera is the mechanical aperture control which enables the camera to switch to the wide f/1.5 to compensate for low-light conditions, while at adequate light environs, it can shoot normal at the f/2.4 aperture.

Having two apertures merely give the camera greater diversity.

Quite often big apertures are great as it enables one to captures clear images even in low light. However, it doesn’t lack in some downsides.

Essentially, with big apertures, the depth of field in the resulting photo is shallower, which is good in a portrait but terrible when you want to focus on more than one thing in a photo. Unfortunately, that is always a general downside to photography, the bigger the aperture the less focused your image is.

Previous Samsung smartphones had fixed apertures. Thus any image you took, whether in good light or low-light had no selective advantages. The photograph taken was just a close-up and not at all in focus.

The f/1.5 aperture draws more light to the sensor making it possible to take low light images without boosting the sensor’s sensitivity which often tends to bring noise or blotching into photos. 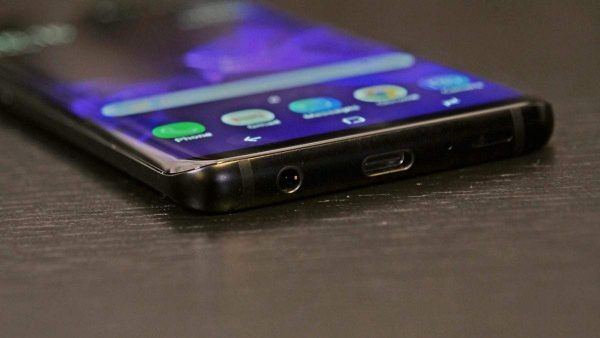 This new feature is motion-activated and enables the camera to capture in super-slow motion. The Samsung Galaxy S9, with this slow-mo feature, can shoot at 960 frames-per-second.

However, this is not ideal for long recording and timing is a key factor. By default, Samsung only provides short bursts of a fraction of a second (to be precise 0.3 seconds).

Luckily, Samsung has enabled automatic slow-mo image capture via the motion detection setting option. Additionally, this feature is relatively poor in low light and only supports 720p resolution, unlike others which support 1080p resolutions.

What else does the famed Galaxy S9 camera provide?

Other Galaxy S9 Specs and Features

Since the Galaxy S9 isn’t very different in design from its predecessor the Galaxy S8, despite the huge leap in specs and new technology as we are going to observe.

The 5.8-inch screen has the curved Infinity Display with different sizes to choose from for your benefit. The S9 will have an 18.5:9 aspect ratio just as with the previous model, Quad HD+ resolution and enforced with Super AMOLED technology. It is one of the best screens and is a little brighter, too.

The display also can be controlled with the Edge screen feature not forgetting the popular lock screen display features when the phone is on standby.

Take your time to explore the hidden features on the display settings, especially if you are a first-timer in Samsung Galaxy smartphones.

With the advent of chip technology, it is befitting that the Galaxy S9 comes with a new state of the art processor, Exynos 8910 chip. An octa-core chip with standard four 1.7GHz efficiency cores and faster four 2.7GHz cores.

Like the predecessor, Galaxy S8, the S9 features 4GB of RAM and an internal storage capacity of 64GB, which is enough for most people.

If you are a storage junkie, there is a 256GB Galaxy S9 and also there are the options of external microSD storage that supports up to 400GB.

There has not been much improvement in connectivity and audio industries. Therefore, the Galaxy S9 features 11ac dual-band Wi-Fi, Bluetooth 5.0, GPS, NFC, USB-C and a headphone jack port.

It’s also worth noting that the AKG headphones offer a great sound experience and you’ll not be on the lookout for a replacement anytime soon.

Samsung Galaxy S9 will also feature a fingerprint and an iris scanner for added security. The fingerprint scanner positions are in a more convenient location below the camera.

Moreover, it’s easier to register each new finger compared to previous models that supported the feature. You register a new fingerprint by swiping three times rather than touching many times.

The fingerprint scanner is indeed quick and exceptionally accurate.
Samsung has also infused the S9 with the iris scanner.

Embedded in the front of the phone, the iris scanner has a new Intelligent Scan option that combines both the iris and complete facial scanning.

Samsung Galaxy S9’s DeX system has been augmented with a handful of improvements, from its pioneer the S8. DeX allows you to plug in the phone into a dock to display a desktop operating system on a linked monitor.
The upgraded DeX system, the DeX Pad, holds the Galaxy S9 in a flat position rather than an upright position, this allows the phone to function both as a keyboard and a touchpad.

The Galaxy S9 3,000mAh battery is enough for moderate use and it lasts longer. However, this is not the case with heavy use (media streaming and gaming) the battery life is limited. The amazing thing about this feature is fast charging via two platforms, the standard USB-C port and wireless charging.

The Exynos processor not only boosts performance but also provides better energy management. The Samsung Galaxy S9 has a maximum battery life of 12 to 18 hours, for light and moderate users.

Heavy use like gaming will only last a mere 4 hours while video streaming or movie watching will hold up to 6 hours. Luckily the fast charging feature is great taking around one and a half hours.

Samsung has launched AR Emoji, a cross between Apple’s Animoji and Bitmoji. AR Emoji employs the front camera and inbuilt augmented reality technology to create an avatar of the user. The avatar created can then mimic the users’ movements or facial expressions, creating unique characters.

Samsung has elucidated further that these characters can be sent in GIF form, meaning you can send them as messages over social media with ease. Quite, sleek, don’t you think? As more smartphone industries are reinventing emoji.

Using the Galaxy S9 camera, you can automatically translate words, phrases, banners, menus or even street signs. However, this feature requires an internet connection. All you need is capture an image you want translated and let it run through the vast internet and come up with accurate translations. This comes in handy when you on vacation abroad.

Not forgetting Bixby, an Ai introduced by Samsung in its latest smartphones to provide user assistance and other general tasks. Bixby acts similarly to other smart assistants and can also be used to find things on your phone, answer questions or even crack jokes! Quite impressive with what limits AI have surpassed over the years.

The Galaxy S9 may have been built on previous models and successes and there is possibly nothing more than the usual to hope for. However, it new and improved camera features make it perform far better in low light than the S8, S7 and furthermore, the new Exynos 9810 processor, drastically boosts performance.

There is little in the way smartphone manufacturers can do with the existing technological advancements and despite the limiting factors, the Samsung Galaxy S9 is a fantastic device.

It has everything you’d expect from top mobile manufacturers a brilliant display, an amazing camera, fast and optimal all-around performance, elegant and sleek exterior. Its stereo sound brings forth the difference in entertainment and makes a huge difference when it comes to consuming media.

The Samsung Galaxy S9 is a powerhouse, and for all the smartphone-junkies out there, this piece will be part of your great collection.

We can conclude that the camera needs to be augmented a little bit more for slightly better performance relative to overexposure, and the battery capacity needs to be increased, however, the S9 still a force to reckon with.

Quite expensive at first glance, but if you are to enjoy the latest and best features, you’ll have to part with some decent amount of cash.

© 2022 Photo And Tips.
We use cookies on our website to give you the most relevant experience by remembering your preferences and repeat visits. By clicking “Accept”, you consent to the use of ALL the cookies.
Cookie settingsACCEPT
Manage consent