Which Format Is Right For You?

As the exposure triangle or the rule of thirds, there is a high chance you’ve already heard something about the raw format in photography. And there has been a huge debate on whether you should shoot in JPEG or raw.

Both formats have their own benefits and drawbacks. Fortunately for you, we can shoot in both formats at the same time. But, we’re still going to tell you some things you should know from both formats.

A lot of people have been calling raw files RAW format, but that isn’t entirely true. The fact is that there aren’t raw files as extension names. This might seem unnecessary, but is a fun way of understanding how each camera is unique! Camera manufacturers have been a lot of effort on constantly developing better cameras with the years, and this has a lot to do with how they improve their sensors.

Sensors, boy, we really don’t know that much about them to explain the techy stuff, but they are nowadays equivalents of film. Raw files are the purest files a sensor can deliver, and they retain 100% of the information produced after our exposure decisions.

Things to Know About Raw Files

Raw files come with different extensions depending on each camera manufacturer.

These are some of the most common extensions:

Nevertheless, each camera model has its own version of those files. Hence the fact that you might not be able to open a raw file from a camera that has just been launched into the market with somewhat old software. Said that you really can’t view raw files as a matter of fact.

What you see in your camera’s LCD screen is just a JPEG rendition of the raw file. In order to view a raw file, you need a software that is capable of reading the information on the file.

Capture One Pro, Lightroom and Photoshop are capable of this, as long as they are updated of course. If you are having troubles with opening raw files, there is a free option from Adobe called Adobe DNG Converter, which is capable of transforming any raw file into Digital Negatives (*.DNG files). 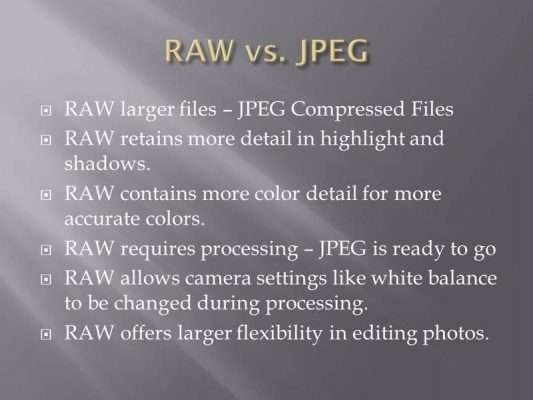 Learn more: Photography 101: What is ISO?

They promise upon their kids that these DNG files are lossless, and as far as we’ve tried it, it seems to be true. Why the Hassle?

It seems quite tedious to perform a development task in order to see our precious photographs, but it is important to do it. Slow-paced work won’t hurt you, and if you think it will just imagine how slow was the printing process of a photograph back in the days of film.

Having all the available information will allow you to raft your file and make the image your own. Differently from using layers to treat a JPEG file, a raw file allows you to control all the information as if you were deciding upon light at the moment of the shot.

One of the most notorious things that you can do is changing the temperature of the shot (yup, the White Balance) without losing any information. Actually, you’ll never lose information when developing a raw file, and that is awesome!

If you are quite familiar with graphic design. you’ll prefer having a client sending you a fully flexible PDF, PSD or AI file rather than a logo pasted inside a Microsoft Office Word document, right? Raw files are just the equivalent of that when compared to JPEGs. 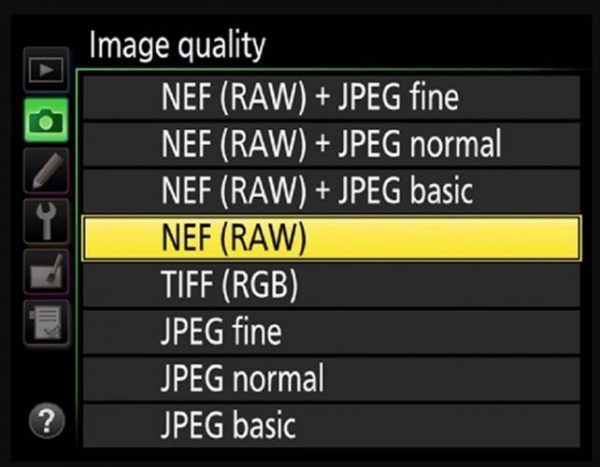 Why Shooting Both Then?

Unless you are into photojournalism, we highly suggest you to shoot in both modes, at least as a starting point. Having the raw file and a “thumb” file in JPEG won’t hurt you, and JPEGs have the benefit of being easy to share, virtually standard, and also lighter.

Shooting both files (raw + JPEG) will drawback some space from your SD Cards, we know it. But honestly, that will teach you to be a better photographer. This is a lesson we learned back in the days of analogue photography when we could only shoot 36 frames before changing our roll of film (and they were pricey). Shooting fewer frames enables you to see better. Shoot less but better!

We hope that you’d be better understood on raw files by now.