We are sure that there is no other genre in photography that offers such a broad room for cameras like street photography, any camera could be used as long as it helps the photographer achieve what it wants. From Daidō Moriyama’s approach with point and shoot cameras to Mark Power’s with large format cameras, anything could be used.

For beginner’s sake, we’ll suggest some compact yet powerful cameras that will help you out into becoming a passionate street photographer in a relatively small amount of time.

Street photography is so generous that it has been the primary genre behind the revival of analog photography, but that will be a topic for another day. So, without further ado, these are some of the most useful cameras for street photography available today:

This is the fourth generation of Fuji’s X100 system first introduced in 2010 and has been a significant favorite among street photographers since then. The 100F edition comes with notoriously improved ergonomics, which makes it a very agile camera to use on the streets. All of its buttons are customizable, and it also delivers a genuine photographic experience thanks to all its knobs. 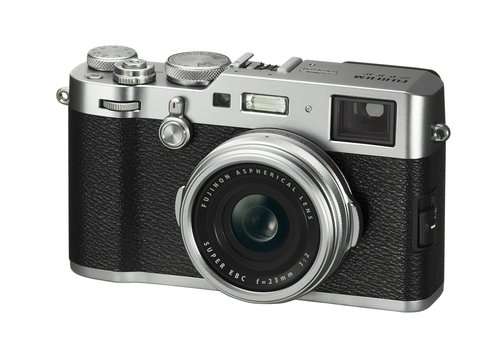 Changing exposure is almost equal, as in the days of film, even ISO is set via a semi-dedicated dial, just like in any regular analog camera. It also features a joystick that comes in handy when focusing, and it features some nice film simulations that will give you colors that suit very nice with street photography.

The camera comes with some “limitations” like a fixed focal 23mm (35mm equivalent) f/2 lens and a poor battery that tends to drain fast. The solution for these to “cons” is to walk for focusing, and have more than one battery with you while walking on the streets. Fujifilm also offers two conversion lenses that transform that 35mm equivalent into a 28mm (WCL-100X) and a 50mm lens (TCL-100X).

Using such a limited camera will inevitably push you into finding creative solutions for specific shots. If the camera feels pricey, you could also consider its little brother the XF-10, which promises to be just a basic version of the mighty X100F.

When it comes to gear in street photography, there are two main champions, one of them was just discussed, and the other one is the GR system from Ricoh. Its long-awaited third-generation feature some significant improvements, and don’t let the looks of this camera fool you, this is a truly impressive camera. 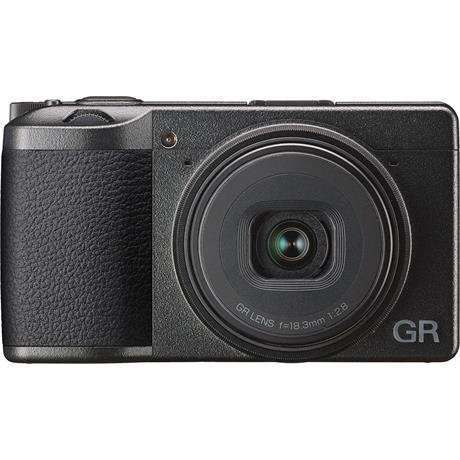 Ricoh has defined it as a pocket-size powerhouse that is capable of offering remarkable image quality and response in a very small package. This camera also offers a fixed lens but in a wider format, a 28mm equivalent f/2.8 lens, which feels great when photographing inside small places like markets, churches, festivals, etc.

They have previously developed some conversion lenses for earlier models, so we can expect them to keep those alive as well in the near future. This bad boy comes with a 3-axis shake reduction system, which compensates its small size, which is more prone to handshakes and stuff, especially when shooting at slow speeds.

This camera has become the favorite among vloggers. Still, we’ve come to the conclusion that all its potential fits perfectly in what street photography is all about, getting the shot in the most stealthy way possible. 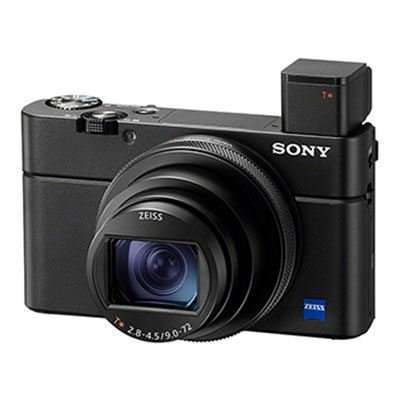 The one and only RX100 are now on its version 7, and it could blow your mind. The camera isn’t cheap for something that looks like a regular Point and Shoot camera. It comes with a 24-200 equivalent (f/2.8-4.5) ZEISS Vario-Sonnar T* lens, offering pretty much everything that you need from wide to telephoto in a convenient and inconspicuous package.

Oh, and forget about back-focusing problems or missing the action with its 357 Phase-Detect Points with Real-Time Tracking and Eye-AF.

If you have $5K for camera investment, this could be a good one. Leica has a long tradition of being a solution provider for street photographers, but nowadays, their prices skyrocketed way too much. 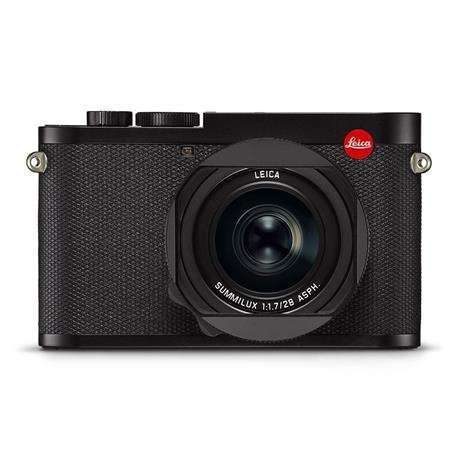 This camera, however, remains within the “accessible” range of products from the German brand with the red dot. Just like the Ricoh GR III, it comes with a fixed Summilux 28mm f/1.7 ASPH lens, and its tiny size makes it a great street photography camera.

For such a high price, this might be one of those milestones in some street photographers that are willing to shoot with 28mm for a long period of time.

These two options are for the bold ones, and they both seem to be a crazy idea that went out extremely good (if not, they wouldn’t be version II of them both). The first one is the Sony Cyber-shot DSC-RX1R II, a full-frame camera with a fixed 35mm f/2 lens.

If that doesn’t ring a bell on you, it is a full-frame camera (like those huge cameras you might be familiar with like the mighty Canon 5D or the long-trusted Nikon D850) squished into a small point and shoot body.

It is literally a pocket-sized full-frame camera, which is just an insane idea. The camera is quite pricey, though, but it delivers beautiful shots, and in terms of street photography, it might be the only piece of gear you’ll ever need.

Last but not least, there is the Sony Cyber-Shot DSC-RX0 II, a matchbox size camera that looks more like an action camera, but with a huge yet hidden potential for street imagery.

This small thing has a 1″ sensor, which is a very decent size for such a small camera, with a 24mm equivalent f/4 ZEISS lens. This is the only camera from our list with a fixed aperture, so take that into account if you are considering buying this camera. Oh, and it has been designed to last just like action cameras; it is waterproof (33′), dustproof, crushproof (440lb), and shockproof (6.5′).